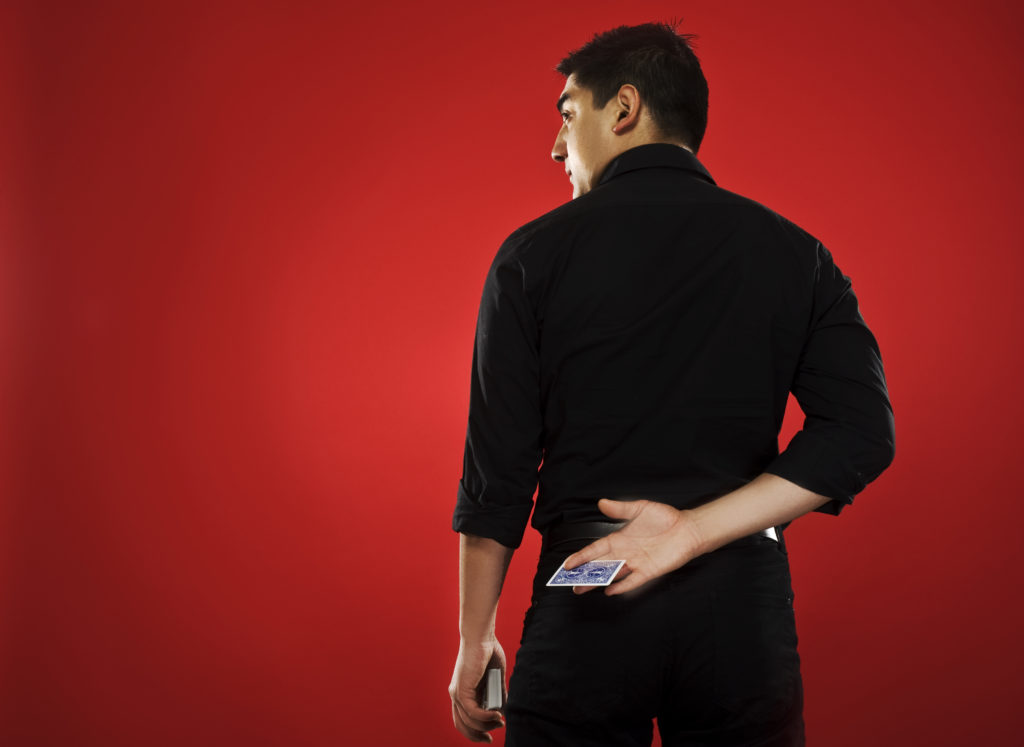 ‘We booked the The Card Ninja to wrap up our annual conference in style, and we’re delighted we did. His act is truly astonishing – like nothing you’ve ever seen!  He is funny, talented and has a real knack for connecting with an audience. Also (importantly for a corporate event) Javier is highly professional and really easy to work with.
If you’re looking for a very different way to end your event on a high, then you should definitely consider The Card Ninja.’
– Richard Owen-Hughes, Marketing Director of DriverHire

‘Javier was excellent. He engaged the crowd, performed a great set, was entertaining and very professional throughout.’
-Kris Galloway, Halfords Media

‘Javier did an amazing job with a tricky crowd – we were very impressed. And what a lovely guy!’
– Hannah Ferguson, Wise Productions

‘There aren’t enough adjectives to describe how good Card Ninja is! One of the most consistently excellent acts I have ever seen. He has the rare ability of possessing awesomely jaw-dropping skills with a razor sharp wit and always, always brings the house down“
– Catia Ciarico, Magic Night

“Jarquin is seriously talented when it comes to working a crowd… the real aces up his sleeve, however, were his winning, charismatic stage personality, and some genuinely punchy comedy material”
– The Stage

“High calibre throughout”
– The Morning  Star

“I have never seen such an engaged, reactive and eager audience”
– Three Weeks

“laugh and even if you don’t, you will be impressed”
– Theatreview (NZ)

“A confident and charismatic performer with a calm and natural stage presence Jarquin’s routine flows from observation to anecdote informed by a palpable understanding of where his audience sits in relation to his material. He assumes voices and characters with ease, his jokes are distinct entities that segue smoothly into one another; his set is tight, cohesive and extremely well executed.”
– Theatreview (NZ)

“Who would have thought a man throwing playing cards could be so much fun? Card ninja Jav Jarquin is a fresh, funny and unique addition to the WBF Sumner Stand Up”
– The Press (NZ)

“The card tricks are good and impressive and the banter is pretty funny and keeps the show moving along. There’s no ‘proper’ magic, thankfully, so I can definitely recommend this as an hour of things you can do (and may probably try later on) with a pack of playing cards. Ninjaaaaaa”
– Australian Comedy Review